Thank you for your patience while we retrieve your images.

A joint exhibition featuring primarily new work from photography circles that have emerged in Sydney and includes works by Nebuli artist Michael Haylen.

Michael’s images in “Coterie” are from an upcoming solo exhibition “Pretty Big Pictures” – Exploring Form and Scale which will be featured at the Concourse Art Space, Chatswood in August.

It’s more about the way the eye reads an everyday subject when it is blown-up and depicted large resulting in multiple interpretations of what the viewer might think they see. It looks at ‘flow states’ being made by the light – energy lines, darks and lights. You get the sense that it’s not really the object that matters in the end it’s the revelation of the object. 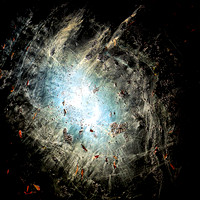