Thank you for your patience while we retrieve your images.

1Q84 is inspired by Murakami’s novel of the same name in which the notion of an alternate reality is evoked.

In this exhibition, our 21st century world is a fake one, and it is in this fake world that we find our reality…

Pru’s images reveal the false values and wastefulness of rampant consumerism along with an expectation of perfection. Her images evoke a fantasy world that is simultaneously beautiful and disturbing. Meanwhile Rosemary’s work reminds us of the continuing obsession with the search for beautiful bodies and of the masking, disguising or concealing of reality to evoke another mysterious, whimsical “no-where” fantasy world. 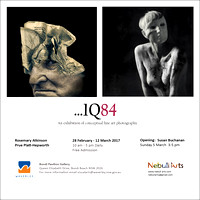 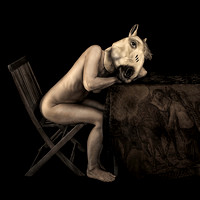